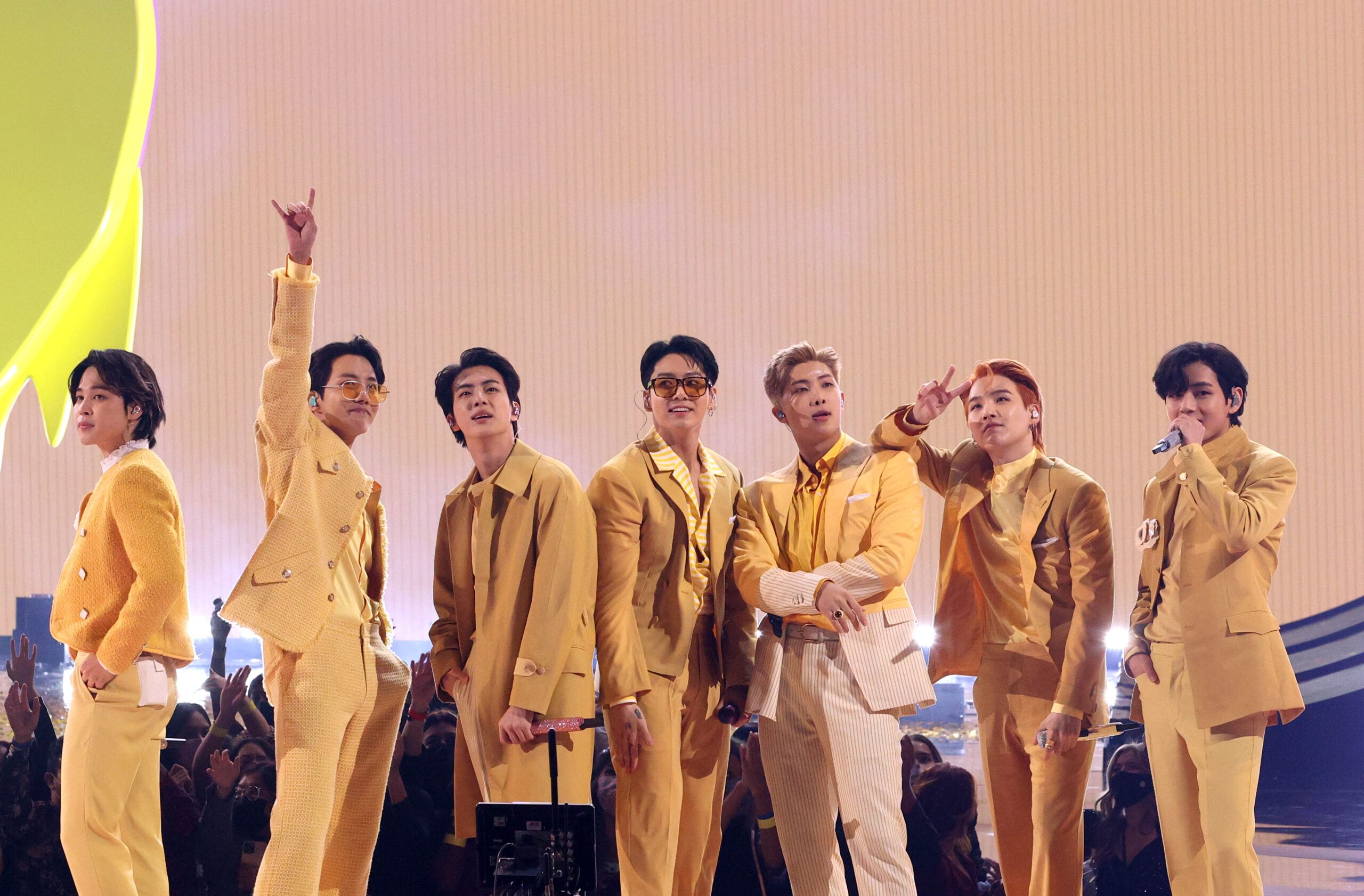 For years now, the word “BTS” has stopped being equated with “behind the scenes” in most people’s minds. Ever since South Korean band BTS broke into the K-Pop scene in 2013, and achieved astronomical fame in the years following, the entire world has learned their name, whether they’re interested in their music or not. Now “BTS” is synonym with words like “groundbreaking,” “first,” and “global.” But just what do these three letters mean?

In 2017, BTS introduced their current (and most prominent) logo, and announced they were extending the meaning of their name to “Beyond The Scene.” At the time, BigHit Entertainment, BTS’ agency, stated this new branding symbolized “youth who don’t settle for their current reality and instead open the door and go forward to achieve growth, beyond the current scenes of reality it faces”. Although this message echoed BTS’ brand since debut, it was clear this new name was an effort to internationalize the band by making their name more foreign-friendly.

In fact, the BTS initials actually stand for the Korean expression “방탄소년단”, as can be seen in the majority of official BTS YouTube videos and other content, and is romanized as “Bangtan Sonyeondan”. As a result, if one visits the band’s home country of South Korea, rare will be the times they hear the three-letter abbreviation, as they’re almost always referred to by their full Korean name.

The meaning of “Bangtan Sonyeondan”

“Bangtan Sonyeondan” is commonly translated as “Bulletproof Boyscouts”. “Bangtan” means “bulletproof,” with “sonyeondan” referring to “a group of boys.” Before debuting, BTS actually went by the abbreviation BPB (Bulletproof Boys) or simply Bangtan, and despite the lack of official explanation for the change, it’s theorized it was simply because BTS sounded better or was more accessible to international audiences.

Their name alludes to the band’s image at the time of their debut as the protectors of youth, standing as the armor that would shield them from society’s “bullets”, such as pressures, stereotypes or expectations. BTS have referenced the meaning of their name across their discography in earlier songs like “We Are Bulletproof Pt.2,” “Attack on Bangtan,” or more recently in “We Are Bulletproof: The Eternal,” and their 2022 anthology album Proof.

In the concept photoshoot for Proof, which was released in celebration of the band’s career thus far, BTS can be seen standing, unscathed, in front of a bullet-riddled vault, proving they really are bulletproof. The promotional images were then completed by a second version called “Door,” which represented the re-branding initiated in 2017.

The name of BTS’ fan base also follows the pattern of this military theme. The acronym A.R.M.Y. stands for “Adorable Representative M.C. for Youth”, while the band’s official glow sticks are known as the ARMY bombs.

With BTS’ groundbreaking career attracting its fair share of push-back, hate, prejudice and condescension, perhaps the titles of “Bulletproof boys” and the “ARMY” that supports them have never been more fitting than right now.