Given the credibility at stake, equipment reliability deserves the self service industry’s full attention, during the current election season and beyond. 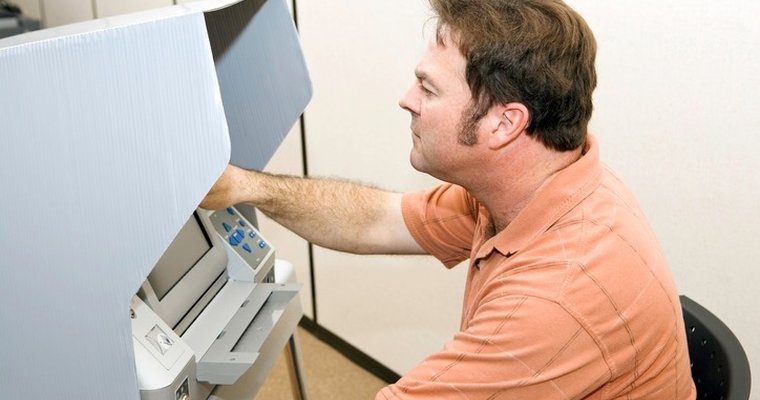 No matter how anyone votes in the primary elections, the technology industry faces an uphill battle. And an opportunity.

Voter interest has reached unprecedented levels as the nation’s electorate has become highly polarized at a time when a portion of the voting infrastructure, small as it may be, needs to improve.

Complicating this challenge and opportunity is the politicization of voting machine technology that has intensified on account of partisan politics since the 2016 and 2020 presidential elections.

The technology industry needs to take this challenge/opportunity seriously, as it affects the livelihood of our industry as well as that of our nation’s democracy.

The concern should not be restricted to the voting equipment industry, as public perception of the reliability and security of any and all self-service equipment is at stake.

Firstly, congratulations are in order for the progress that computerized voting systems have made since Congress passed the Help America Vote Act in 2002, overhauling standards for election administration and creating the Election Assistance Commission to assist states in complying with testing and certifying voting equipment.

Despite challenges caused by COVID-19, the 2020 election delivered record voter turnout, according to the U.S. Census Bureau. The total number of voters has increased steadily almost every year since 2000, rising from 59.5% of eligible adults in 2000 to 72.7% in 2020.

On the downside, the rising turnout likely contributed to higher voter dissatisfaction since more people voting can easily cause more dissatisfied voters. And dissatisfied many of them were, as evidenced by the historic Jan. 6, 2021 attack on the nation’s Capitol to halt the electoral vote count.

In response, voting machine companies Dominion Voting Systems Inc. and Smartmatic USA Corp. sued the lawyers, as well as Fox News, for spreading misinformation about the roles the companies played in the election results.

While the Department of Homeland Security’s Cybersecurity and Infrastructure Security Agency concluded there was no evidence any voting machine lost, deleted or changed 2020 votes or was compromised in any way, impassioned attacks against voting machines have continued.

MyPillow CEO Mike Lindell, whom the voting machine companies also sued for his claims about the 2020 election, has been tirelessly lobbying certain states to remove voting machines.

In my home state of Nevada, lawmakers in seven of 17 counties have considered replacing electronic voting with hand counting paper ballots, a move that most election officials (including Republicans) consider less reliable, according to The Las Vegas Review Journal.

Nikki Bryan, the Lyon County Clerk, a Republican, cited numerous safeguards the Dominion electronic machines use in addition to printing a paper ballot that the voter can review before casting their vote.

For many, the political debate obfuscates the important issues facing the voting infrastructure, issues that the technology industry must address with clarity.

The replacement of out-of-date machines remains an unresolved issue, largely on account of the cost. A December 2021 report from the bipartisan Election Infrastructure Initiative estimated more than $50 billion is needed to modernize state and local election infrastructure.

Six states — Indiana, Louisiana, Mississippi, New Jersey, Tennessee and Texas — have jurisdictions that rely on direct recording electronic machines that do not create a voter verified paper audit trail, which security experts cite as a security risk, according to the Brennan Center, a nonpartisan law and policy organization.

Such machines have, in some instances, incorrectly registered voter choices which, according to the Brennan Center, has fed claims about vote stealing.

More recently, the U.S. Election Assistance Commission approved an engineering change order to fix an anomaly reported by Unisyn Voting Solutions over an incident in six Missouri counties during an April, 2022 municipal election, according to the EAC website.

While the vote tally was in progress on the machines, a “close” card was scanned a second time, causing two tally processes to run concurrently. This caused totals shown in the printed tally report to double and the electronic tally file to be unreadable by the tabulation system. Per standard practice, the ballots were recounted on separate systems and uploaded in central tabulation, so the anomaly had no impact on the results.

EAC received a fix in late April 2022 and its testing and certification division and voting system test lab evaluated and resolved the issue.

There are sporadic allegations about people gaining unauthorized access to voting machines, causing officials in some states to seek permission to inspect the machines.

In March, a Pennsylvania state court overruled a decertification of Fulton County voting machines that also granted counties the right to inspect machines, according to politicspa.com.

Michigan law enforcement recently investigated unauthorized access of 2020 voting machine data and has seized a tabulator, according to CNN.

While claims to date do not support intentional manipulation, proactive security measures must be better enforced.

With continuous advancements in performance and testing capabilities, manufacturers should make compliance with certification standards the bare minimum expectation of their equipment.

Given the credibility at stake, equipment reliability deserves the self service industry’s full attention, during the current election season and beyond. While many if not most of us have personal political biases, we must separate them from the need to provide our products’ best possible performance.

Harris County to face yet another election audit

Reality Winner says she is not a traitor