Kris Lindahl built one of the fastest-growing and in-your-face real estate brands in the Midwest in part by plastering photos of himself with enthusiastically outstretched arms on billboards, buses and just about any flat surface in Minnesota.

That pose, which he calls the “Lindahl stretch,” has become synonymous with the brand, Lindahl said, and now he wants to prevent others from using it.

Attorneys for the company recently filed an application with the United States Patent and Trademark Office (USPTO) that would trademark the pose.

“This thing has taken on a life of its own,” Lindahl said in an interview Wednesday. “It’s everywhere.”

Much to Lindahl’s dismay, the pose is showing up in too many places. He said the success of his brokerage and its association with that pose has led others to use it to promote their own businesses.

He wants them to stop, Lindahl said, in part because he wants to make the arms-out pose an even bigger part of his company’s marketing.

The company is in the process rolling out a new marketing plan that will feature photographic images of KLRE agents in the same pose on intricately cut-out lawn signs that will replace the standard rectangular signs that have long been planted in front of homes that are for sale.

“Billboards are where it started,” he said. “But it’s so much larger now. It’s not even about me anymore. It’s about our team and our clients, and we don’t want copycats.”

The application, which was filed by a Twin Cities law firm, includes a description of the pose that’s accompanied by a simple black-and-white line drawing of such a figure, including dotted lines depicting a button-down shirt, collar and male facial features, which the application notes are not technically elements of the pose that are part of the trademark application.

“We were really intentional in thinking about the aspects of the pose that make it distinctive and recognizable,” Lindahl said.

Those aspects of the pose that Lindahl is seeking to protect are described in the trademark application as “a depiction of a human shown from chest up, smiling and looking straight ahead, with arms outstretched slightly higher than perpendicular to the torso and fingers splayed.”

Sheila Engle, senior trademark paralegal at Mighty Marks, a boutique trademark firm that specializes in working with small business owners and entrepreneurs, said such applications that seek to protect a physical pose are extremely rare.

“In my 14 years of experience, I have not seen this type of trademark application before,” she said.

She said that while you cannot trademark the physical pose or the specific arrangement of body parts, you can turn that pose into a drawing or silhouette to be protected by a trademark registration if you are using the drawing or symbol to identify the source of a product or service.

Engle said that if Lindahl is successful in trademarking the pose, he would be able to claim trademark rights to that stylized image in association with the real estate services, business consulting services and business education and training services his company provides.

One example of a successful trademark application for a pose was by Jamaican sprinter Usain Bolt, whose “bolting” pose was transformed into a silhouette drawing used on merchandise and products.

Applying for such a trademark can be costly and time-consuming, Engle said. The patent and trademark office is experiencing a historic backlog. It’s taking at least 10 months from the date of the application to have a trademark application examined, she said.

The filing fee is $1,050, but before an application is filed, attorneys typically conduct a search of the USPTO database to see if there are any existing trademarks. In addition to that trademark search, attorneys charge for drafting the application and filing it with the USPTO.

Kris Lindahl Real Estate registered or filed applications covering various aspects of the pose, including a photo of Lindahl doing the pose and slogans such as “The Arms Out Real Estate Company” and “Do the Lindahl.” 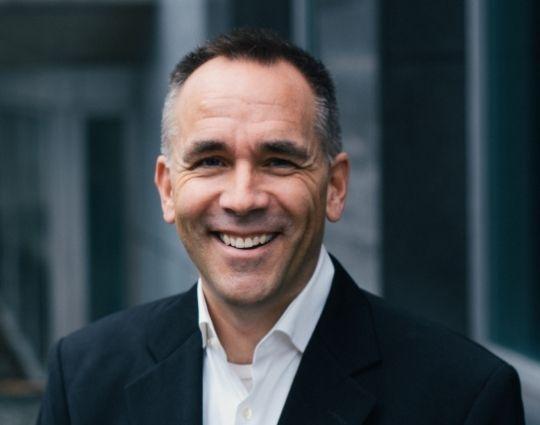 The Evolution of Insurance Agencies

What technology solutions should brokers prioritize?