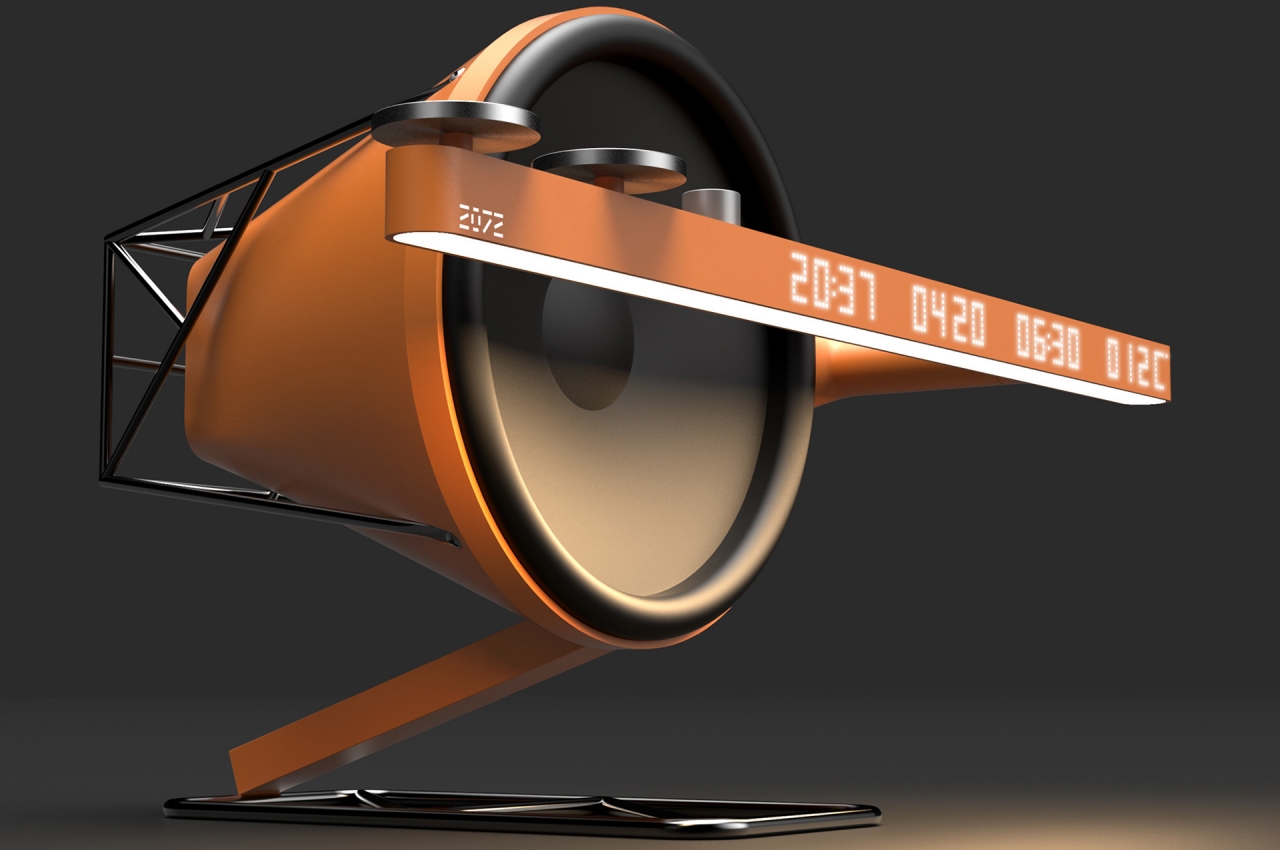 If you’ve been fed up with all the minimalist or pretty speaker designs out there, this unique twist could be the breath of fresh air that you need.

In times past, speakers were mostly considered to be plain boxes that stood as part of a bigger entertainment system. Recently, however, standalone speakers have become more common, especially wireless ones that could be placed almost anywhere in the house. This trend also gave birth to a radical design change, where speakers started looking like stylish room decor or even like luxury art pieces. Few people will complain about good-looking speakers, of course, but their prevalence almost suggests that this is the only way to design them, leaving little room for thinking outside the box. There are a few outliers and uncommon concepts, including one that takes a more industrial approach to create a unique look for a desktop speaker. 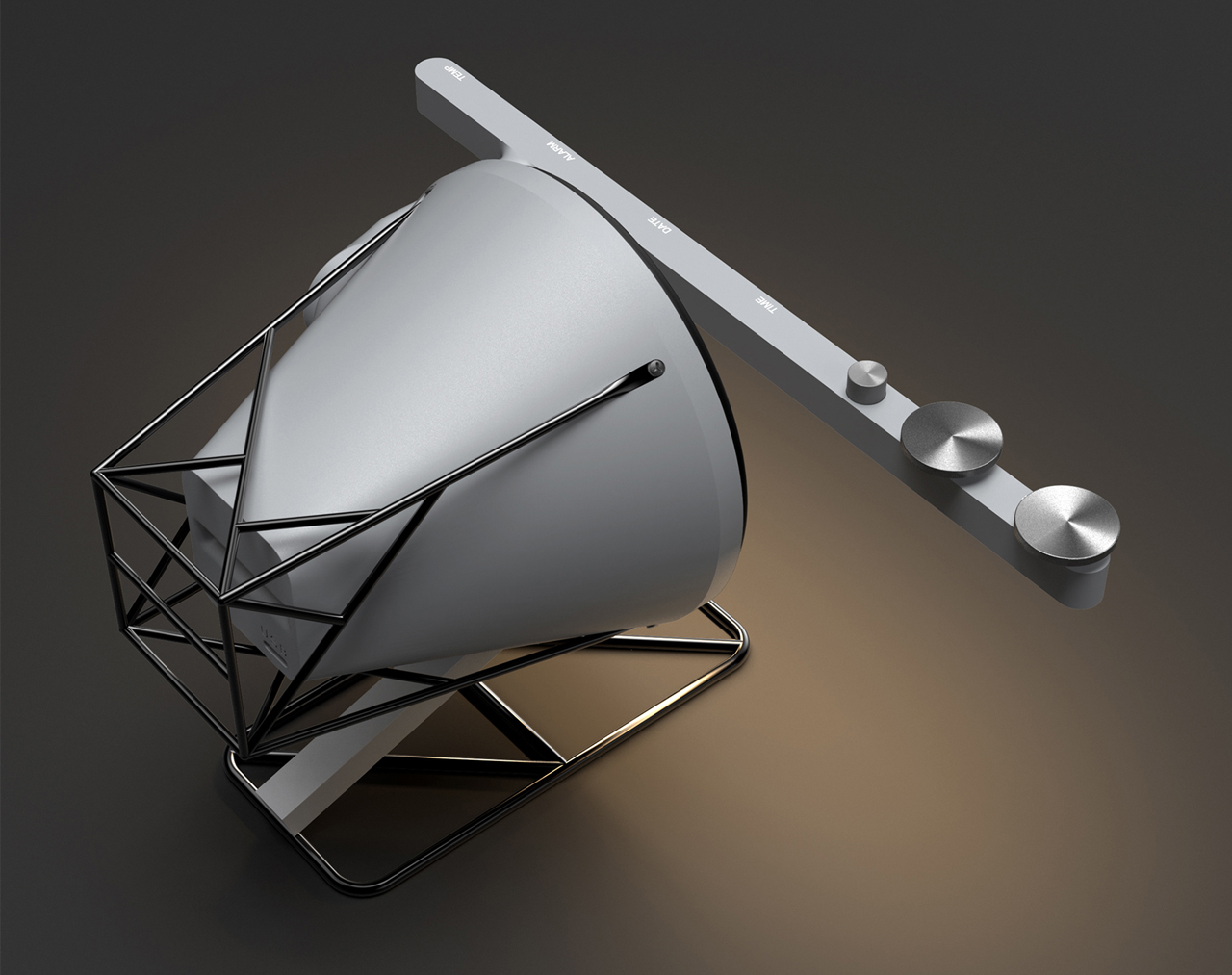 Industrial styles are often regarded to be cold and clinical, utilizing plenty of hard edges, straight lines, and unpolished metal surfaces. The very term itself is a reference to a time gone by when designs leaned more toward utilitarianism than aesthetics. That’s not to say they can’t be visually pleasing, of course, especially with today’s tendency to mix old and new styles into a “retro” appearance that has become fashionable lately. 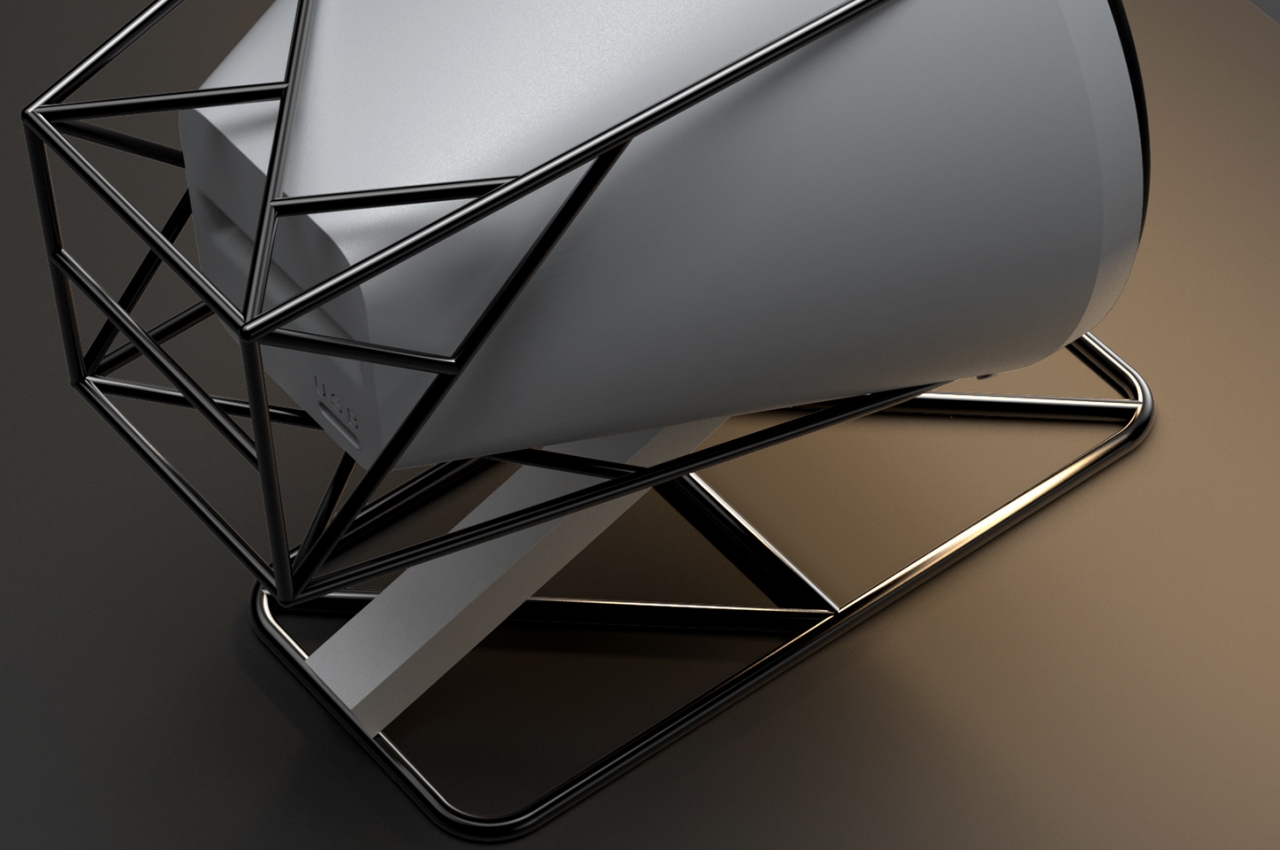 This industrial-style desktop speaker makes no effort to hide its true nature behind soft fabrics and cylinders. The main form is a typical speaker cone standing on a single leg that’s nothing more than a rectangular bar. The leg itself stands on a plate with crossing bars, while the back of the speaker is enclosed in a similar style of bars that would remind one of the scaffolding and support structures common to unadorned buildings of the industrial age. 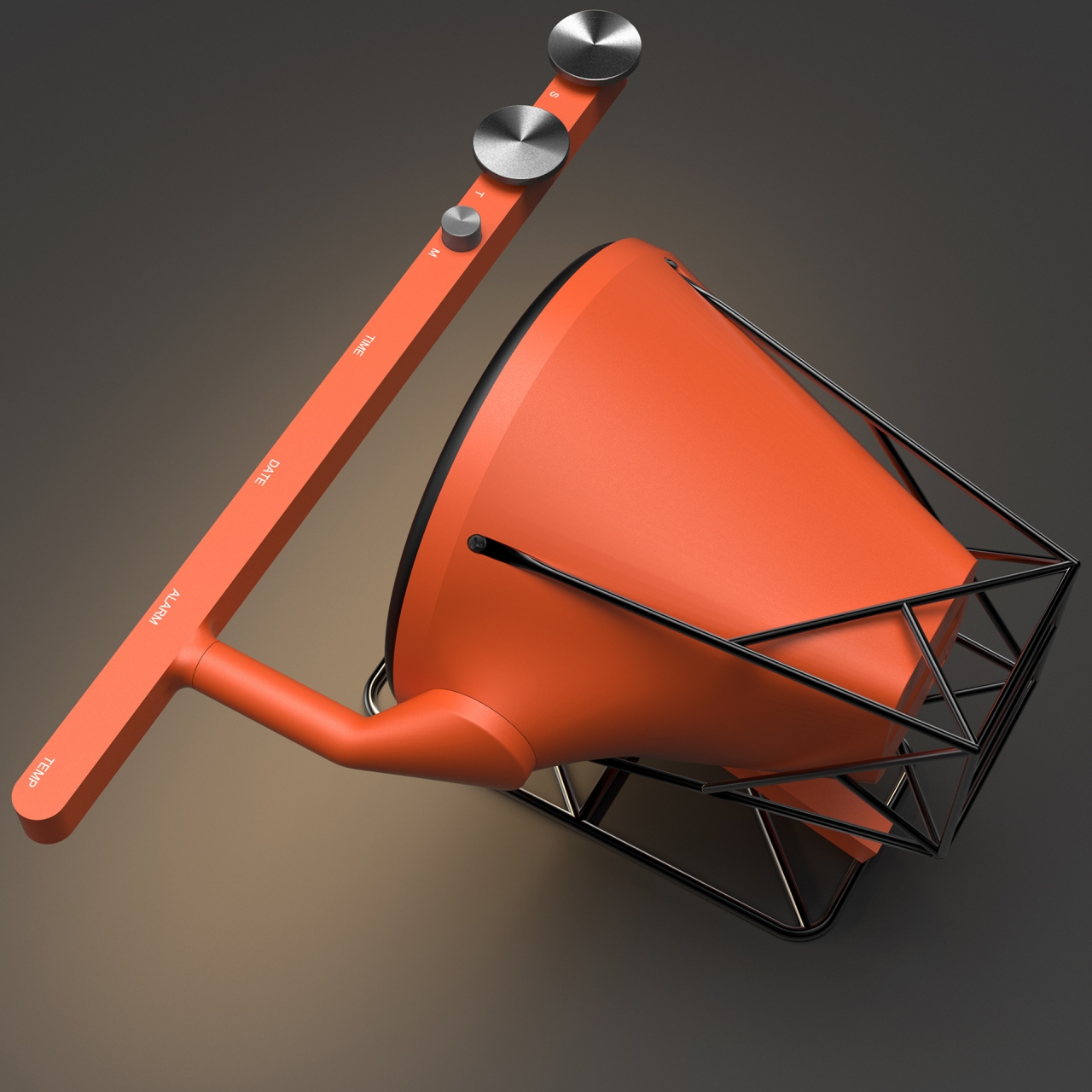 Not everything looks old, though, and the arm that hangs in front of the speaker is an example of that. This rectangular bar with rounded corners holds not only the knobs that control the speaker but also an embedded LED matrix display for clock functions. The knobs include controls for treble, mid, and what may or may not be a control for bass or volume. 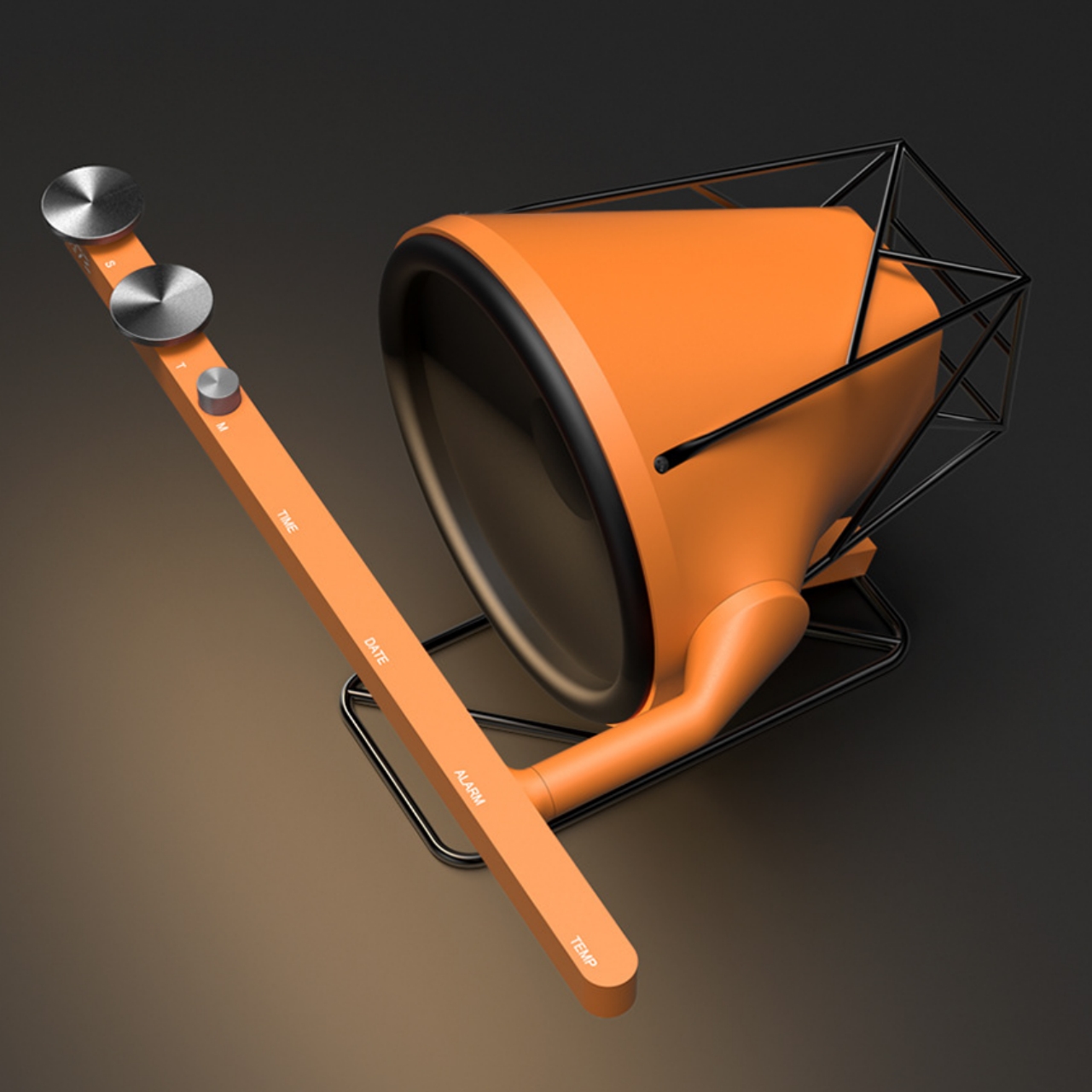 The numbers in front are grouped into time, date, alarm, and temperature, turning the desktop clock into a unique-looking desktop clock as well. Admittedly, the placement of the bar in front is a bit questionable. There is a chance that its presence could negatively impact the travel of sound from the speaker, and the vibrations could also affect the electronics inside in the long run. Placing it above or below the path of sound would have been more advisable without detracting from the speaker’s overall appearance. 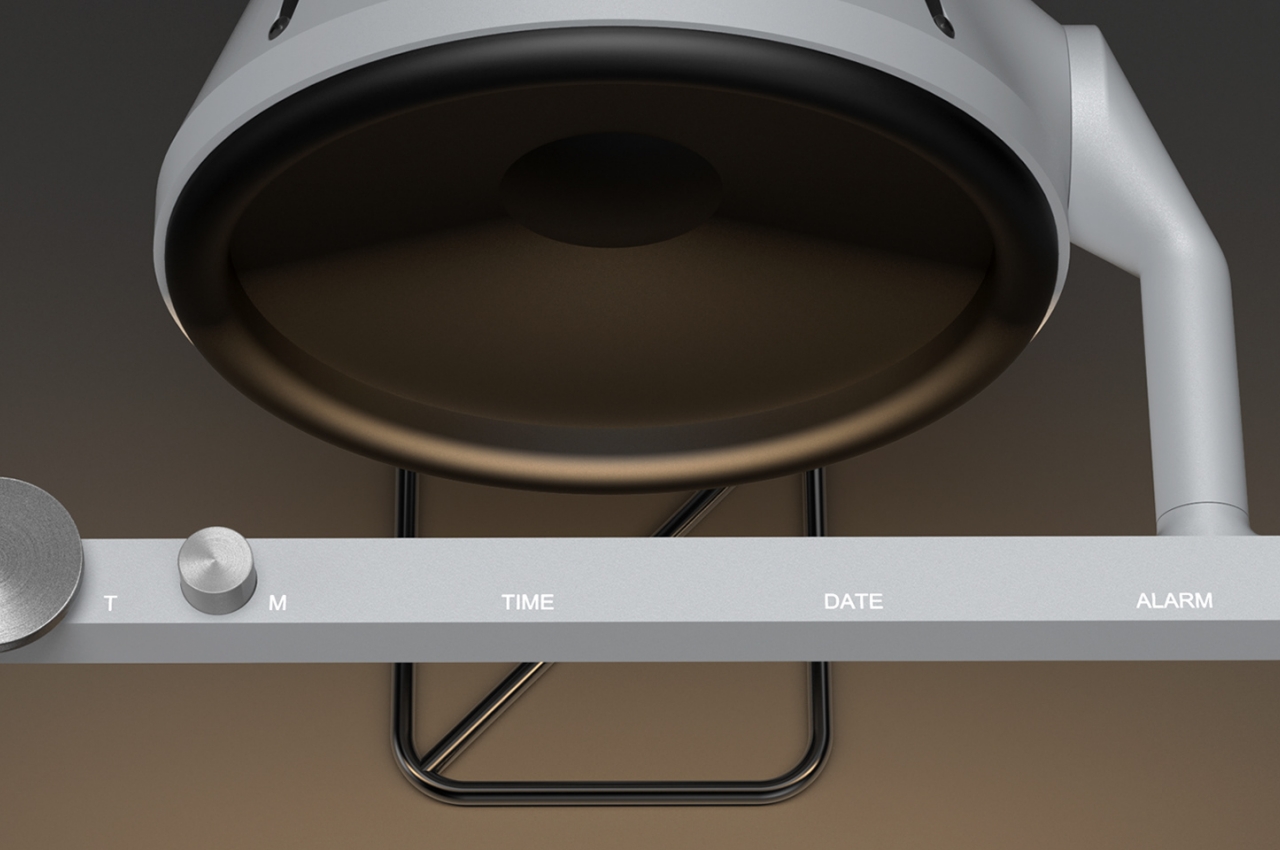 It’s still an interesting design, however, especially considering how it deviates from the norm these days. Its novelty provides visual impact without sacrificing functionality, at least in theory. It definitely shows that one doesn’t have to be tied to fashionable design trends to have something that looks beautiful, functional, yet also minimalist in its own way. 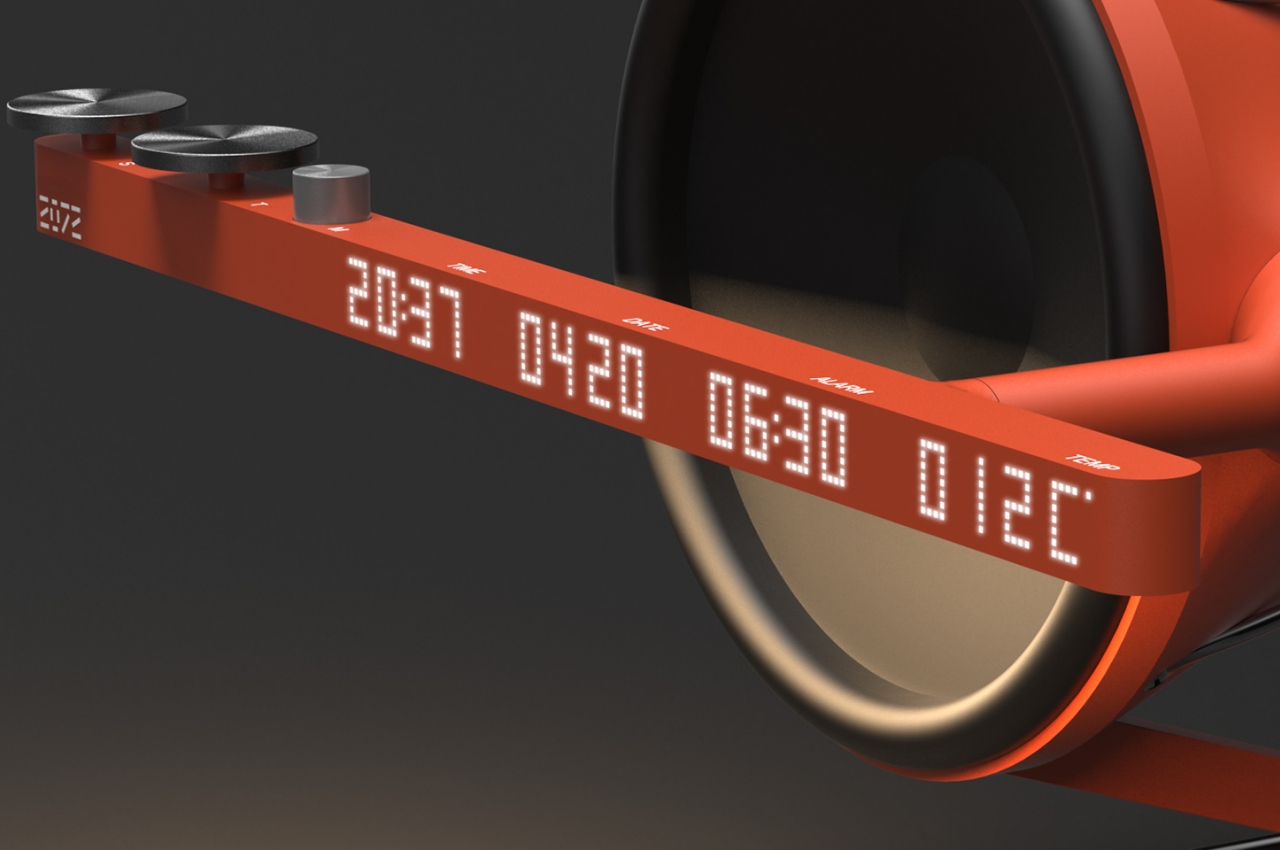