It’s a bit like stepping into a David Lynch film.

The bright summery promise of the outside world quickly dissolves into an immediate pitch once you open the front door. The anteroom still resonates with some form of light but that gives way to some serious dimness. There is yet another door to open. This is the opportunity to take a moment and let your eyes adapt.

Unless you are visiting once the sun has gone down — you’re fine then. The second door leads into the main hall and you notice that the space is actually quite roomy. Much bigger than anticipated. Outside, perhaps due to the near mirage-like location and bearing of the building, it doesn’t look all that spacious. But it is. This is marked with a feeling that you might have been here before. Was it possibly from a dream?

The ensuing atmosphere makes that notion all too possible.

The bar is long and lit quietly from behind and under. On the left, neon rabbits hop in blue and red-hued animation. The games room is the only sign of practical illumination, although sitting anywhere away from it brings you back to the black. For those that want and need an actual darkened cocktail lounge in their life, The Jackrabbit Lounge is said lounge.

You have been here before. The venue that is now Jackrabbit Lounge was host to Gus and Andy’s way back when, which in turn became Looks, a sort of topless club with food and whatnot that stood empty for years until a bar and comedy joint called The O took over. You’ve at least driven past it. Located on the 2000 block of North Oracle, the structure has stood the test of Tucson time with whichever enterprise happens to occupy the interior. This Jackrabbit though, this one is going to stick for quite a while I propose. Because this one is run by well-seasoned service professionals and is inviting, enticing, and refreshingly retro without being pushy about it all at the same juncture.

After ordering a drink of their namesake, a delightful whim of basil vodka, tart lemon, and celery bitters, adorned with a plastic bunny that you get to keep, I was fortunate to sit and chat with co-owner and manager Keith Caywood as the vampires hiding from the midafternoon daylight began to swoon in and take shelter. “In theory, there are three kinds of bars,” said Caywood. “A neighborhood bar, which is a comfortable spot for locals to hang out. A dive bar, which is usually pretty dingy and questionable. Then you have lounges. The Jackrabbit is definitely a lounge.”

A “lounge” by definition is a plush room in a club or hotel where people can sit and relax. Sure, most bars fit that description, but most don’t have velvety couches, intimate tables with high-end stilted chairs, and booths stretched in Rat Pack-approved plum refinement. It is that era and aura that the Jackrabbit Lounge is going for and succeeds.

Some time ago, Caywood and his business partners secured a location on Sixth and 18th, which was to be dubbed Nocturnal Creatures. Word of mouth was chattering about, they were gaining some online momentum, the hype was to be had, and just days before the grand opening, disaster struck. Someone broke in and for whatever reason torched it, completely gutting the would-be downtown hot spot for the very cool.

Daunted but not defeated, Keith and his cohorts began looking for a new site and fortunately came upon the space that would eventually become home. Even though at first they were not convinced.

It took several visits and walk-throughs before a vision of what could take form. Keeping the ’60s and ’70s aesthetic, knocking down some walls, and cleaning the place up is all it took. The Jackrabbit is that lounge where crooners, movie stars, and political influencers of days prior would be seen on a nightly basis. One aspect Caywood knew he would insist upon is a menu reflecting both modern tastes and those of the tiki room palate blasts from the past. This means post-war Polynesian cuisine that made its way to the states from soldiers returning home, pining for the flavors of once assigned base stations on Asian territory, and food reflecting our refinement in this first U.S. city designated for its gastronomy.

The Spicy Korean Meatballs ($14) is a must when you’re nestled in, two drinks deep, and in need of a nibble. Fused with garlic and ginger, the meatballs are paired with fresh baby bok choi and finished with a tangy Korean-inspired glaze. Very tasty and very generous for an “appetizer.”

Another must is their Chicken Chestnut Lettuce Wraps ($15), just a perfect bite after bite of marinated chicken getting friendly with carrots and chestnuts alongside an Asian slaw and butter lettuce to cozy it all in. If you are hungry, like hungry hungry, then perhaps you order the Grilled Cheese Sandwich ($13) because it is a beast of various cheeses — a lot of various cheeses — melted between parmesan crusted sourdough bread with a roasted tomato “soup” for dippin’. It’s what Elvis would have ordered so you should, too.

The Kara-Age Chicken Sandwich ($14) is another benevolent creation that keeps the faith of both throwback and this current culinary climate. Tempura fried chicken on a soft brioche bun that is highly suggested ordered “hot” with a sriracha tongue kick because, you know, hot chicken sandwiches are so hot right now. Then there is the housemade Cheesecake ($8). Very little needs to be said about this one. Not too sure how it is accomplished but it is up there as a cheesecake to be sought after and admired here in Tucson.

In the cavernous take of a deliciously dark cocktail lounge, here it is. A nearly perfect cheesecake. Be prepared to fall in love among the ambient soft glow tone with this dish. Let us not forget about the fries. Keith said it took over four weeks to sample, consolidate, consider, and agree upon the fries that would accompany most meals here. That is time very well spent. Jackrabbit’s fries are a sumptuous hybrid of at least three accepted fry varieties and oftentimes nudge the main component for taste and texture dominance. I can almost hear Sinatra bellow “Ring a ding ding! These fries are my thing!” while eating them.

To add to the David Lynchian vibe of the Lounge is the inclusion of single occupancy dancing stages left nearly untouched from “clothing optional” participants of concepts left behind. There is dancing at the Jackrabbit. There is joyous merrymaking almost nightly here. It all adds to the heady swirl of delicious food, honest and inventive drinks, and a mood spun from a very off-strip saloon via Vegas circa 1971 as the desert bakes with the rising and closing of the sun.

The nocturnals will find this place and happily get lost in a lounge that time will never forget. 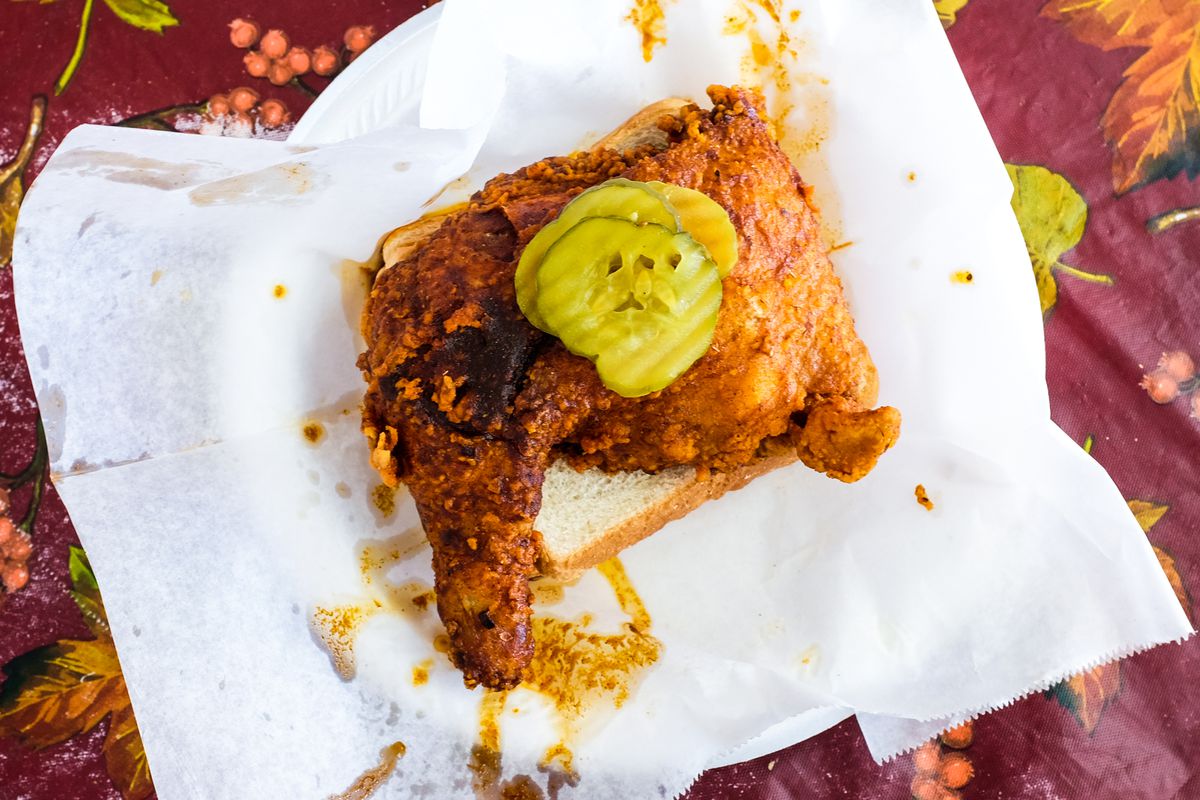 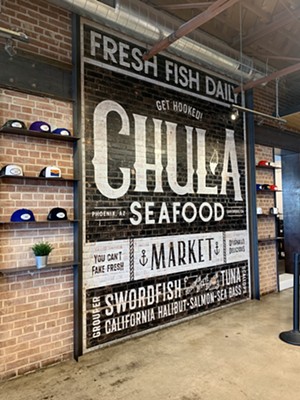