International Business Machines Corporation (IBM) has been a very polarizing stock amongst investors. The company had been criticized for its capital allocation issues in the past, including its excessive focus on buybacks despite its high debt. Combined with its thin growth prospects as a result of its legacy divisions lagging over the past several years, IBM stock has been treated as a deep-value, high-dividend name.

For this reason, shares of IBM significantly underperformed the tech sector over the past decade. The stock is currently trading at the same levels it had close to 2010, after all. However, IBM appears to have gained increased appreciation from the market lately. Precisely because of its deep value-value and high-dividend status, investors have flocked to IBM shares while the rest of its sector peers have been plummeting. In fact, while the S&P 500’s (SPX) tech names have collectively lost more than 25% of their value year-to-date, shares of IBM have gained by just over 5% during the same period.

It makes sense, after all, as IBM provides a wider margin of safety. Besides its hefty yield, the 27-year dividend growth track record further bolsters the stock in the current trading environment.

It’s also worth noting that while IBM’s legacy divisions have weighed down on its earnings over the years, IBM’s hybrid cloud platform and AI technologies have been gaining increased traction, lately. Specifically, Red Hat, one of IBM’s latest and biggest acquisitions, has been a critical driver for the company that has revitalized its growth. Red Hat’s revenues rose by 30.6% last year.

Positive developments on the balance sheet have also been occurring, as the company has committed to deleveraging. Particularly, IBM’s long-term debt has declined from $58.4 billion in Q2 of 2019 to $46.5 billion, as of its latest quarterly report.

In my view, IBM remains a worthy value play with its 4.8% dividend yield that is likely to keep fitting income-oriented investors’ portfolios rather nicely. That said, with the stock’s valuation already having expanded and the tech sector likely holding better opportunities after its steep correction, IBM could have little relative upside ahead. Thus, I remain neutral on IBM stock.

IBM’s Consulting division also performed satisfactorily, with its top line growing 13.3% to $4.8 billion. The top-line growth was largely driven by higher Business Transformation consulting fees, which grew by 15% compared to the prior-year period.

The surge in IBM’s EPS was due to lower Selling, General & Administrative expenses. That said, gross margins did modestly decline in Q1, from 53.3% to 51.7% year-over-year. Nevertheless, based on its Q1 performance and overall market outlook, Wall Street expects IBM to produce an adjusted EPS of $9.79 for fiscal 2022. This implies a year-over-year increase of roughly 23.5%, exhibiting the company’s earnings growth potential its improving software results can provide.

IBM’s investment case features four value-creation drivers moving forward. Growth is one of them, as the software segment’s expansion should offset any backsteps from its legacy divisions. The other three are deleveraging dividend growth and stock buybacks.

IBM produced $11.1 billion in operating cash flows over the past four quarters. Of those, $5.42 billion were allocated towards lessening long-term debt. Still, despite IBM ending the year with $9.9 billion in cash, the company remains quite indebted. Its net debt position is still standing at a massive $47.0 billion.

IBM’s commitment to its dividend per share growth persisted once again this year, as the company raised its dividend for the 27th consecutive year. The DPS hike was by a humble but welcome 0.6% to a quarterly rate of $1.65.

Finally, over the past four quarters, IBM allocated around $358 million in stock repurchases. Stock repurchases have been quite humble over the past few years relative to the heavy buyback volumes that took place between 2005 and 2014. A gradually decreasing share count should help boost the company’s per-share metrics, nonetheless.

Regarding Wall Street’s estimates, International Business Machines Corporation has a Moderate Buy consensus rating based on five Buys and four Holds assigned in the past three months. At $152.11, IBM’s stock forecast suggests an 7.88% upside potential.

Based on IBM’s consensus EPS estimates, the stock is currently trading with a forward P/E of 14.4 attached. While this may sound like a reasonable multiple, revenue growth from the software division is likely to keep being partially offset by the company’s legacy divisions. Further, the company is heavily indebted, which is quite worrying in a rising-rates environment.

In my view, investors should keep valuing the stock based on its underlying dividend yield, as the company’s payouts are most probably going to comprise the bulk of IBM’s total returns moving forward.

Therefore, unless one really values IBM’s admittedly impressive dividend growth track record and current yield, the company’s investment case is not particularly interesting versus the multiple opportunities that have opened up in the tech sector lately. Even if one buys IBM for its dividend, however, note that its growth is inevitable to be nowhere near the current inflation levels. 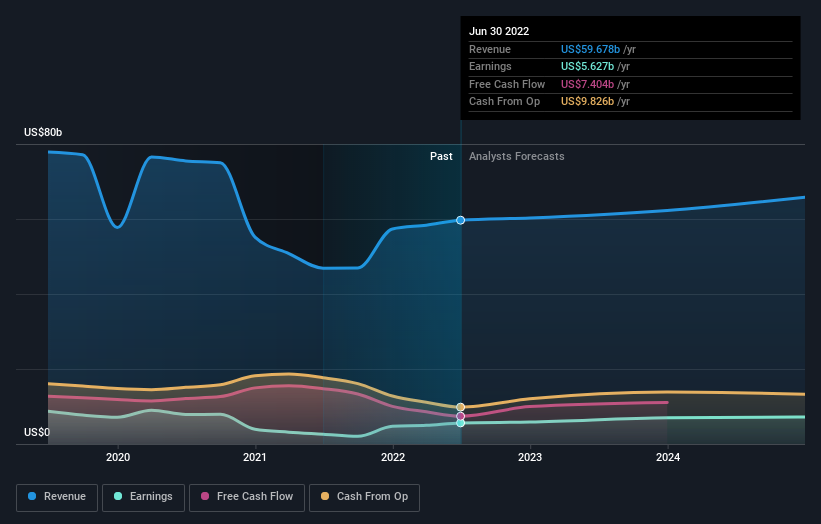