The Federal Emergency Management Agency is releasing the largest update to its mobile application in a decade, the agency announced today. FEMA is releasing the app at the beginning of a hurricane season that experts predict will be above average and a wildfire season that’s already devastating, for example, In New Mexico. 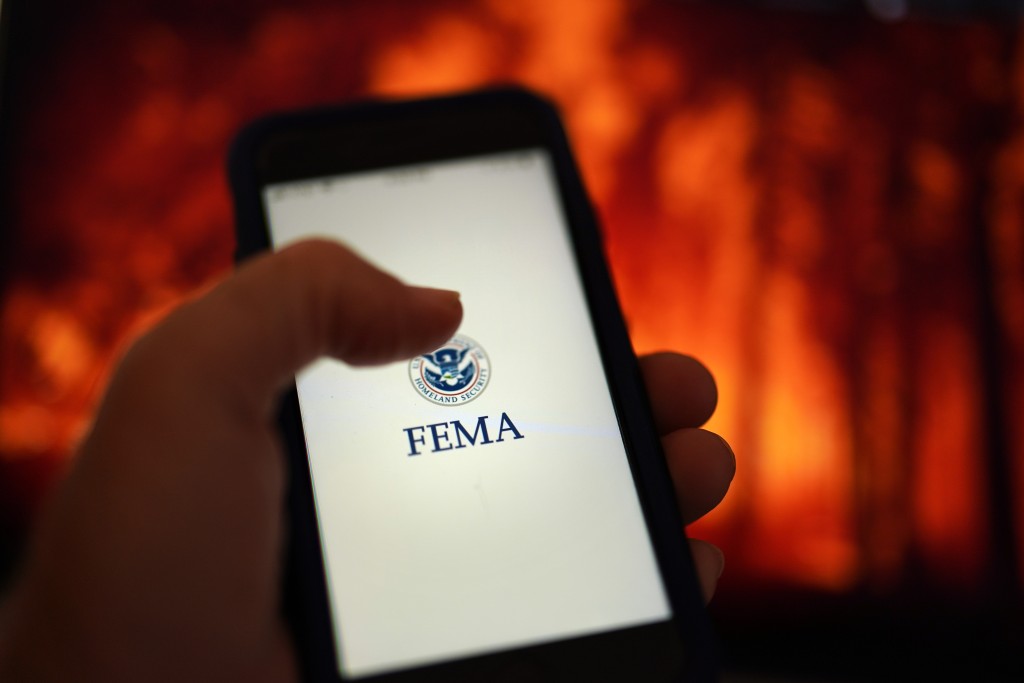 A phone loads the Federal Emergency Management Agency application with the background of an image of a fire on Wednesday, June 29, 2022, in San Diego. FEMA is releasing the largest update to its mobile application in a decade, at the beginning of a hurricane season that experts predict will be above average and a wildfire season that’s on par with recent years’ big burns. (AP Photo/Gregory Bull)

“We are better helping communities plan, protect and recover from disasters through clear, effective and relatable communication,” FEMA administrator Deanne Criswell said in a statement.

The previous version of the app had a list of categories for notifications and looked like a directory or listserv. In the updated version, users can customize what they see based on their preferences and location.

For accessibility, the app now works with technologies like screen readers and voiceovers, is scaled for different screen sizes and has a more consistent layout. Gloria Huang, digital engagement and analytics branch chief for FEMA, said improvements for people with disabilities will continue.

“This is part of our commitment to always include accessibility as a key part of our design and development,” rather than just trying to be compliant with disability laws, Huang told the Associated Press.

Huang said in the future the agency plans to make the app more accessible for people with visual impairments or reading disabilities and make some features usable offline.

The app also features a section called “Recover” where users can learn more about federal disaster declarations in their area that indicate federal assistance will be available and how to apply for it. Huang said the agency took feedback from disaster survivors because that was one major intended audience for the redesign.

The app mainly gets downloaded immediately before, during and after disasters, she said, which suggests that people are using it specifically as a tool to help them adapt and survive these events.

“It does seem that if you’re going through recovery this could be a useful tool to organize potential FEMA aid,” Samantha Montano, assistant professor of emergency management at Massachusetts Maritime Academy, told the AP.

These Android apps can steal money from your bank account;